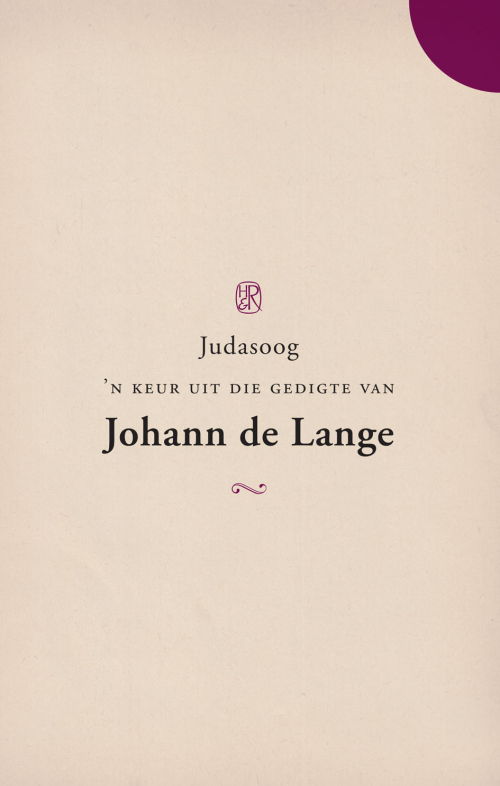 This selection from Johann de Lange's 8 collections of poetry was made by the author himself. He also included 10 new poems at the end.

More than any other Afrikaans poet Johann de Lange explored the world of being gay in Afrikaans. Against the background of gay American and European literature and within its best traditions, he left his distinctive imprint on this genre and opened up new perspectives for the Afrikaans literature. However, his work does not get stuck within the gay sensibilities; the compassion and pain expressed in it are universal.