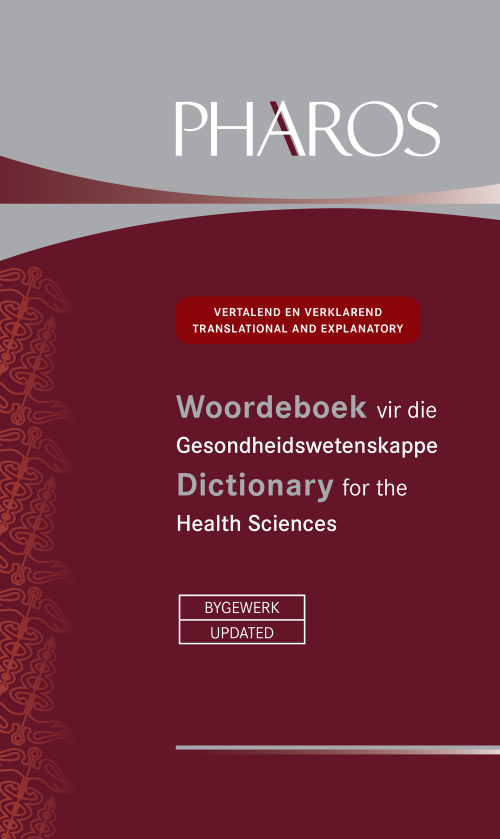 The updated, extended, explanatory and bilingual Dictionary for Health Sciences is based on the Woordeboek van Afrikaanse Geneeskundeterme, which was published in January 1979 and which had seen eight reprints. The sudden increase in knowledge over the past three decades necessitated this revision.

A number of the fundamental sciences such as Medical Physiology, Genetics and Pharmacology were almost unrecognisably modernised, whilst others were almost entirely transformed.