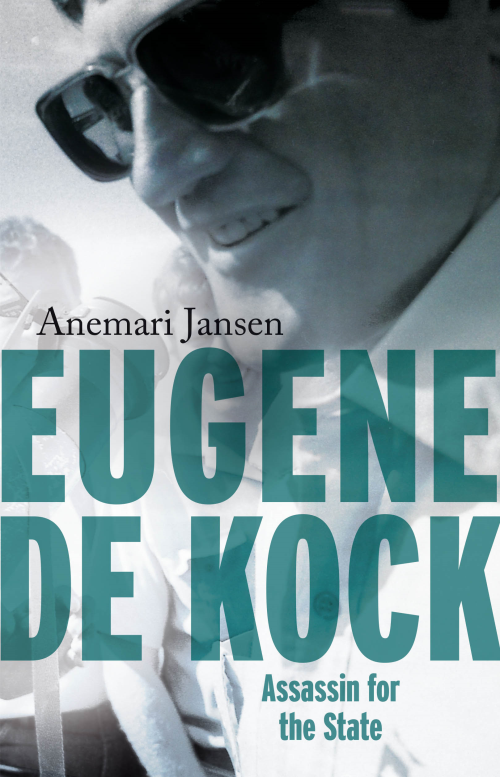 I plucked up all my courage: ‘Eugene, what does it feel like to kill someone?’ He grimaced. ‘The person, the victim, gives off a smell,’ he said. ‘To this day I recall that smell. It nauseates me to the depths of my soul. It is the smell of fear bursting from the person’s pores.’

When Anemari Jansen first met Eugene de Kock at Pretoria Central in 2011, she was instantly intrigued by ‘the man with the soft voice and neatly groomed hands’, well aware that those very hands had murdered dozens of people.
How could she reconcile this well-read, intelligent man with the ‘monster’ from the Vlakplaas death squad, the man dubbed Prime Evil by the media? For the next three years Jansen traversed the country in search of De Kock’s story. She had exclusive access to his diaires, his family, friends and former Koevoet and Vlakplaas colleagues.
Her quest for answers changed Jansen’s life irrevocably. ‘Apolitical’ for most of her life, she now came face to face with the horrors of apartheid and had to reassess her identity as an Afrikaner.
This book illuminates not only the complexities of De Kock as a person and the choices he made, but also sheds light on South Africa’s disturbing, often shocking, recent past.