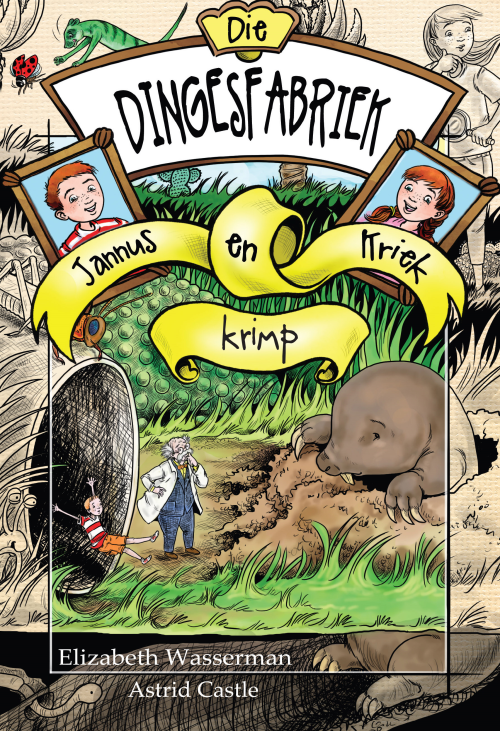 Oupa Dinges has invented the best thing ever: a Super Mega Ray Enlarger that can make a grain of wheat grow large enough to bake an entire loaf of bread from it. But disaster strikes when a beam bounces off a mirror and hits Jannus and Oupa. They start to shrink smaller and smaller, until they are no larger than a pair of grasshoppers . . .

The third adventure in which twins Jannus and Kriek and their eccentric grandfather undertake a journey to another unlikely yet exciting destination! The other titles in the series are Jannus en Kriek op die maan and Jannus en Kriek onder die see. Both were published during 2013.

The Day the Dragon Came - A book for boys

Be a Virus Warrior! A Guide to Keeping Healthy

The Day the Dragon Came - A book for girls