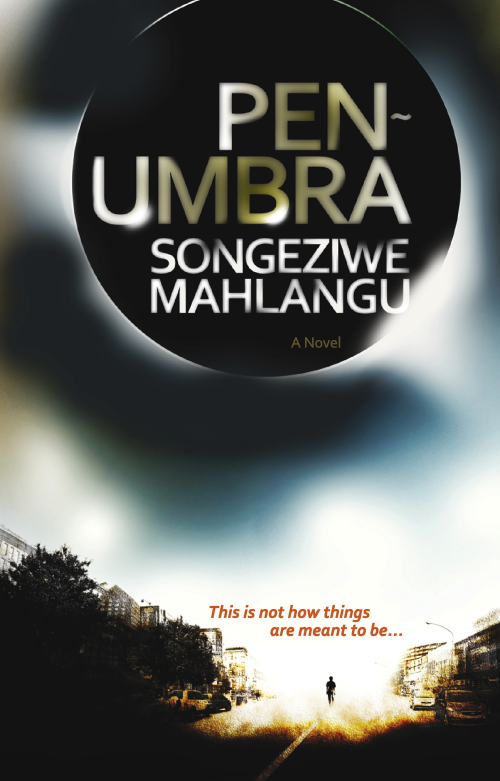 Maybe Mfundo shot me that night. This is all a path to my place of rest. I am being shown my life and the things that happened to me. There was also the night I broke the window in my room. I felt trapped. I tried opening the door, but couldn’t. I was woken by Tongai mumbling that I would not be able to go anywhere. Next, I was pushing on the window. Tongai later told me that I suffer from night terrors. Perhaps I threw Tongai out of the window that night. And the guilt made me shut the truth away. Tongai is dead. I killed him a long time ago. Such a decent guy, who never wanted to harm anyone; I murdered him. It is this sin that is eating me up.

Mangaliso Zolo lives in the southern suburbs of Cape Town, near the university. He has an office job at a large corporate, but he does little every day bar shuffle papers and surf the ’net. Penumbra charts Manga’s daily struggles with the twin pull, from friends and acquaintances, of reckless living or charismatic Christianity. A very different Cape Town comes to life – far removed from both the gloss of tourism brochures or the familiar poverty of the Flats – and a certain dissolute South African reality is dissected with haunting precision.

The Scent of Bliss

The Book of the Dead

Men of the South