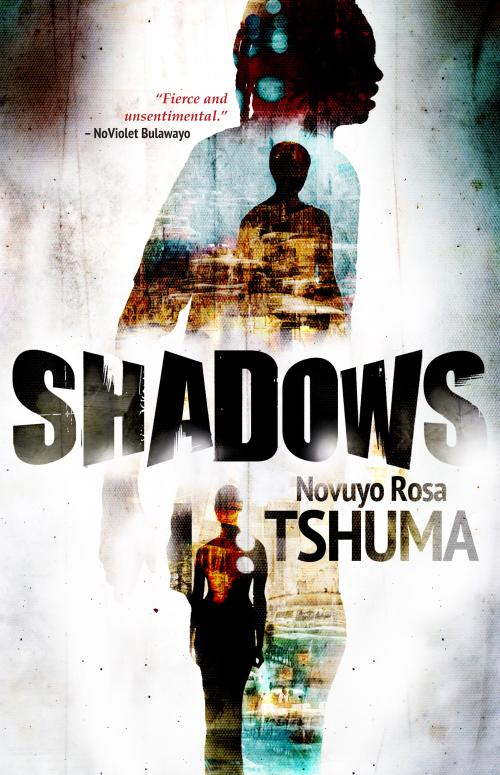 Novuyo Rosa Tshuma has won international acclaim for her short fiction. In this, her first collection – consisting of a novella and five short stories – Novuyo displays the breathtaking talent that has seen her win numerous awards. She sketches, with astounding accuracy, the realities of daily life in Zimbabwean townships and the peculiar intricacies of being a foreigner in Johannesburg. Vivid, sparse and, at times, tragically beautiful, Shadows is the work of a major new African voice. In the novella, Mpho, a young artist, wanders the streets of Bulawayo, wondering at the savagery of his neighbours. Their drive for survival has turned them into animals. Jobless, powerless and angry, he watches his ugly, ageing mother leave each night to prowl the streets in search of Johns, of love and of youth. When his mother dies alone in a hospital of AIDS for which the clinic could not provide ARVs, Mpho flees to Joburg to search for his girlfriend Nomsa. He finds her doing what he so hated in his mother – taking off her clothes in front of strangers for money. She wants jewels, diamonds, nice cars. Things he can’t provide. He returns to Bulawayo and is charged with “insulting and undermining the authority of the President of the republic of Zimbabwe and causing prejudice to the creed of the state as a whole” for his unwittingly controversial paintings. Standing trial for treason, Mpho wants nothing than to join his mother in the shadows.

The Life of Worm & Other Misconceptions

Soweto, Under the Apricot Tree

Talk of the Town