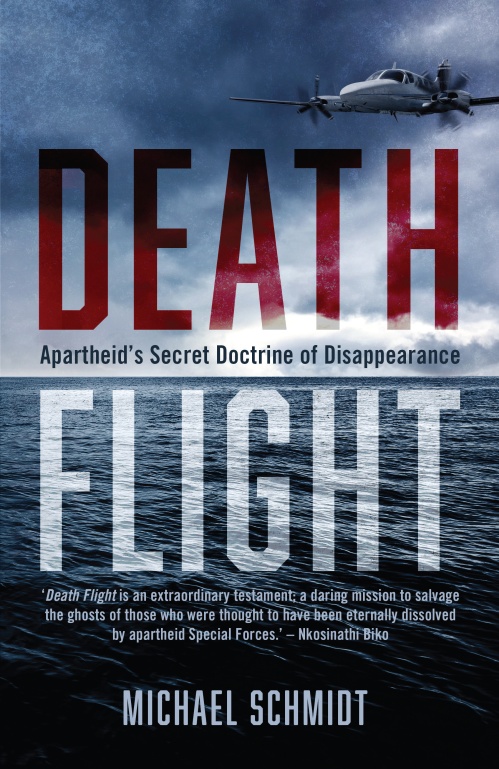 In the late 1970s, as the apartheid government fought a desperate and dirty battle to stay in power, its security forces devised a chilling new tactic. A shadowy, top-secret unit called Delta 40 was established, tasked with the murder of hundreds of ANC, PAC, and SWAPO members. Victims’ bodies were flung from aircraft into the Atlantic Ocean off the coast of South West Africa.
Death Flight provides the first detailed account of these sinister missions. Seasoned investigative journalist Michael Schmidt traces the journey of Neil Kriel, Delta 40’s first commander, from his boyhood in Rhodesia to his dark deeds as an apartheid operative in the 1980s. Schmidt also tracks down Kriel’s partner, Colonel Johan Theron, and several other veteran Special Forces operators.
Based on the detailed analysis of flight logs and numerous interviews, Death Flight sheds shocking new light on one of apartheid’s darkest chapters.