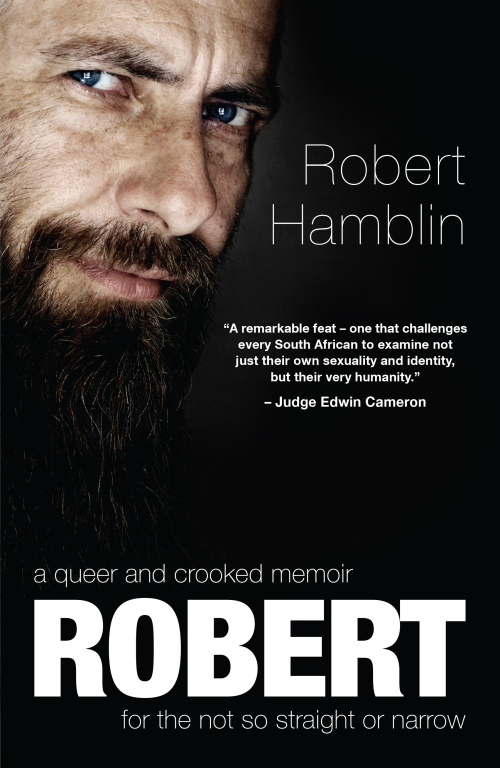 A Queer & Crooked Memoir for the not so Straight & Narrow

Robert Hamblin's much awaited memoir  ROBERT A Queer & Crooked Memoir for the not so Straight or Narrow, traverses a childhood that has a cast of unique and marginalised characters. There's his queer conman father, his mother intent on pushing the feminine, there’s the mysterious Alexis, his teenage first love, who convinces him during his childhood, when he is still a girl, into the power of the feminine, and teaches him how to be a woman.  He loses her when she disappears into the underworld of the Joburg sex industry. It haunts him.

ROBERT is also about secrets and lies. It's about excavating the truth in a time in a South Africa where the law and the church decided which body could love another, based on colour or gender, who got to have power and who had to pander to it. The memoir explores the violence of men both in Apartheid South Africa as well as within Robert’s family, and the pressures and confines of the straight trajectory. With Robert as the eye in the centre it throws convention in the fire.

Although along the way,  Robert transitions in his 30's from female to male, this is not a predictable trans story of a girl who couldn't bear to be in a female body. Rather it's a tale of a human who refuses to live in a box, who questions the straight line. Throughout his journey, the author is bent on seeing what it is that real humans all around him are really doing. He is drawn to people who embrace humanity, pursue love and happiness despite the limited frameworks dictated by a patriarchal consumerist racist system.

ROBERT is ultimately a book about confronting and healing from gender confines and racism, embracing a family that refuses to buckle to convention, whose ethos is love.