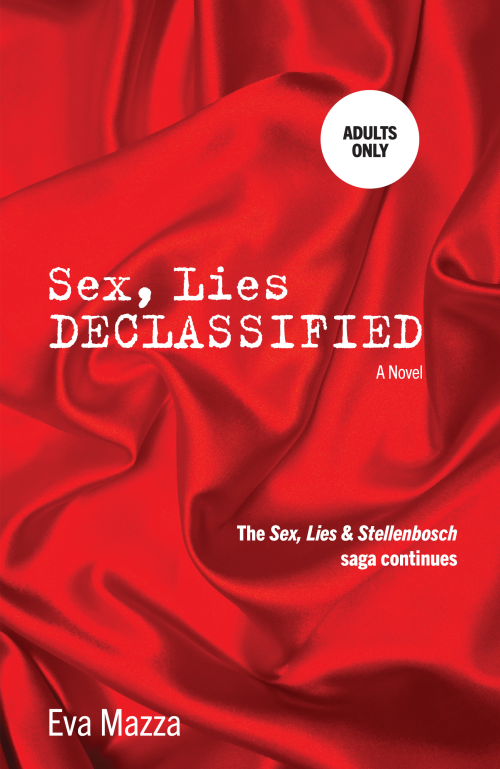 In 2019, Eva Mazza's Sex, Lies & Stellenbosch took the SA publishing world by storm. The sizzling novel, centred around the seemingly upstanding lives of Stellenbosch's elite, has remained in the Top 100 since publication.
Now Sex, Lies Declassified, the much anticipated sequel, is about to land and whet the appetites of thousands of readers obsessed with what happens next in the steamy lives of the winelands aristocracy.
At the end the first book, Jen, the main protagonist, receives a mysterious WhatsApp, which set book two in motion. The sequel masterfully tracks the next stage of the lives of the characters readers got to love and hate.
There is Jen's ex-husband, John, bent on a path of self-destruction; her ex-best friend, Frankie, who betrayed Jen in more ways than one; and the sultry Patty, who works at the Cape Town sex club secretly attended by the small town's elite, who now finds herself in New York. Is Lee still alive? And who is Captain Stranger?