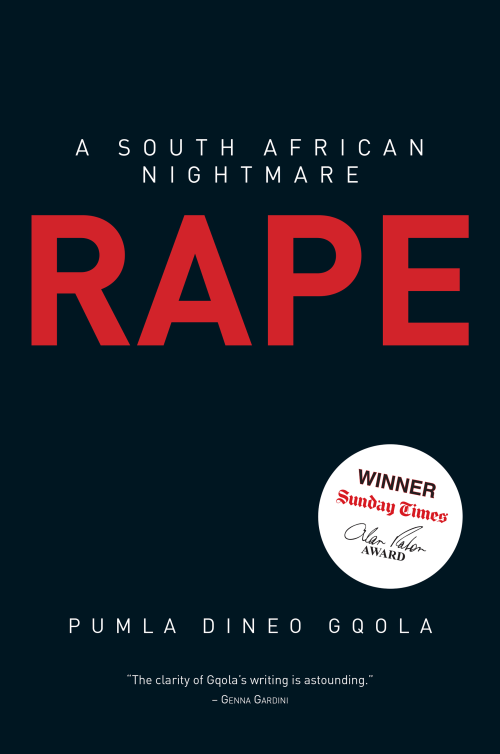 How does South Africa attain the title of ‘world rape capital’ ?

What do we think we know about rape?

How has our past created patterns and trends that see us losing the battle against rape?
Rape: A South African Nightmare  unpacks South Africa’s various relationships to rape, connections between rape culture and the shock/disbelief syndrome that characterises public responses to rape, the female fear factory,  boy rape and violent masculinities , the rape of Black lesbians, baby rape, as well as high profile rape trials  like that of  Jacob Zuma, Bob Hewitt, Makhaya Ntini,  Baby Tshepang and  Anene Booysen.

Described as one of South Africa's most incisive minds, Professor Pumla Dineo Gqola has penned a book that will be hailed as the definitive book on rape, in years to come.

Winner of the 2016 Sunday Times Alan Paton Award,  Rape: A South African nightmare is a book that every South African should read.