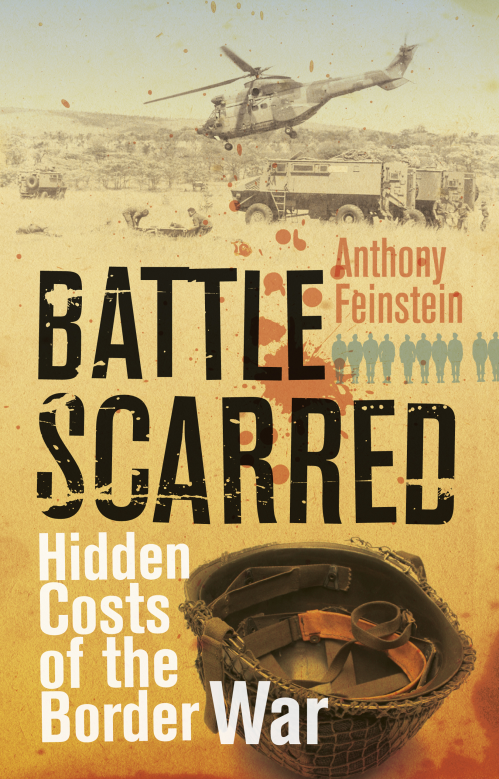 Hidden costs of the Border War

A gritty, first-hand account of a young doctor's experiences in the psychiatric unit of the South African Army during the Border War. Anthony Feinstein is forced to face the Border War when he can no longer escape the call-up. With only a few weeks’ training in this field, he is thrust into the army’s psychiatric unit. Battle Scarred is his revealing account of his experiences treating bossies soldiers and all manner of war-induced psychosis. Feinstein starts out at 1 Military Hospital in Pretoria where his first patients are talking to the stars or claiming to be Jesus. Next, he is dispatched to Oshakati, home to the largest military base in the war zone, to screen troops for post-traumatic stress disorder. He steps into a world of alcoholism, insomnia, family violence and venereal disease. During a stint at an outpost manned by Koevoet, Feinstein experiences the soldiers’ shocking cruelty – and what it does to their psyche. The consequences of war and the idiosyncrasies of army life present themselves in strange ailments. Chilling stories are told not only by the conscripts, but also by the wives of the permanent force soldiers who live on the base. A book that demands to be read, not only by the thousands of ex-soldiers still carrying the invisible scars, but by all South Africans.