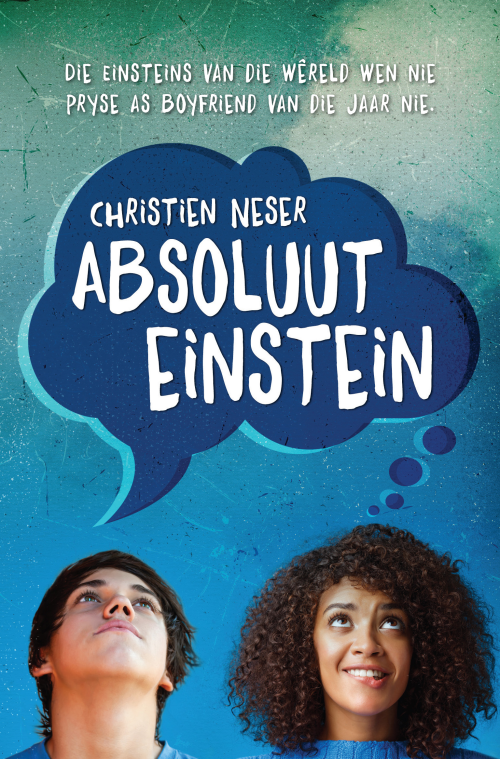 
Christien Neser takes five-year-old Micha from Amper Einstein (Tafelberg, 2013) into Grade 9.  In Absoluut Einstein he starts Grade 9 at a new school, having to show that he can cope with the demands of a mainstream curriculum ahead of Matric and subsequent studies. Not to mention the social aspect of functioning as a "normal" teenager. At Parkrand High Dylicia is asked to show Micha around and to keep an eye on him, which she does with great compassion.  Dylicia is also the only girl in the school robotics group. Together they build and programme a robot to be entered into the annual Grottobot Fest. But there is a group of boys that call themselves "Vuilhonde" (Dirty Dogs) critical of everything Dylicia does, including her new friend, Micha. Their success in the competition is threatened if they cannot work together.