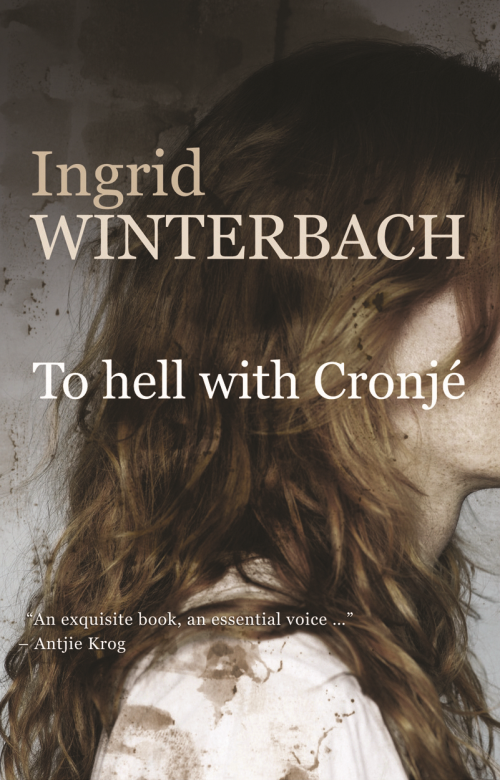 To Hell With Cronjé

The Afrikaans edition of this novel (Niggie) was awarded the Hertzog Prize in 2004. The translation is by Elsa Silke, winner of the 2006 SATI Prize for outstanding translation in the Fiction category, for This Life (by Karel Schoeman).

The events in this novel take place during the last few weeks of the Anglo-Boer War. A small group of Boer soldiers departs from the Colony to the Free State to take a traumatised young man back to his home. Two of the men, Reitz Steyn and Ben Maritz, are scientists, and the novel focuses on their experiences. The suffering and hardships of the war left its mark on this little group, and especially Reitz and Ben are increasingly aware of the futility of it all. On their way they are apprehended and held in a strange camp by other Boers. After they have been wounded during the execution of a mysterious assignment Reitz and Ben are cared for by three women on a nearby farm. Their stay with these women offers a chance for healing in more than one respect. An impressive novel written with an understated poignancy and drama about the futility of war.

The Man Who Loved Crocodile Tamers