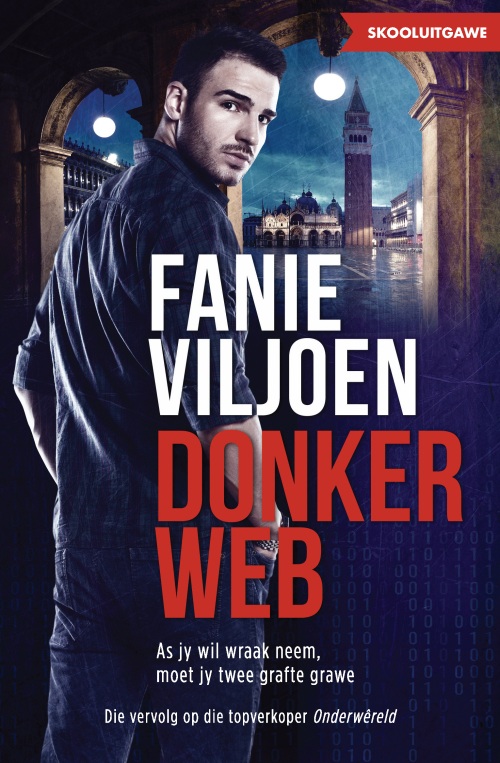 Greg Owen, former head boy at Lawson College and hacker of note is a first year student at Maties. His life of privilege fell apart in his Matric year,  when his father along with Lawson's rector Dok Pienaar were revealed as the masterminds behind Project Nursery Rhyme. But the Baker is still at large. Greg won't rest until he is behind bars too. But if you want revenge, be prepared to dig two graves . . . A shortened school edition of the bestselling follow-up to Onderwêreld.