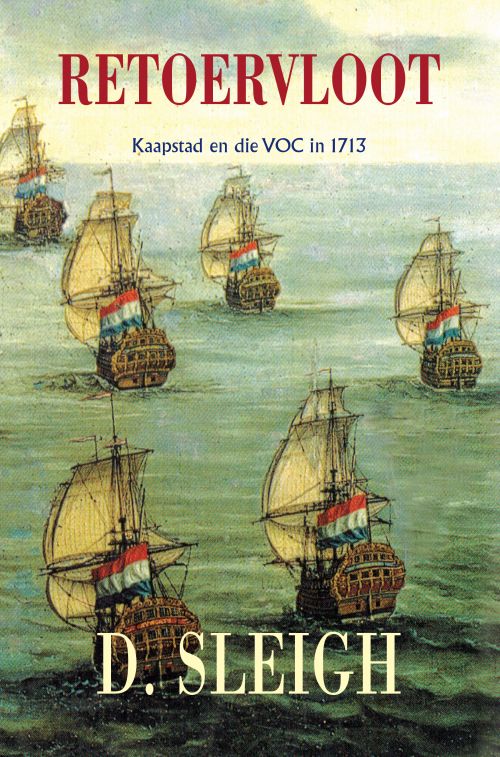 It is 1713. Admiral Johannes van Steelant of the VOC is steering his Batavian fleet to safety in the Netherlands. His five children are on board the flagship. On the high seas, they fall ill – the dreaded smallpox. On 12 February, the Van Steelants come ashore in Cape Town. Some months later, roughly half the Cape’s population lies dead of smallpox.

In Retoervloot, VOC expert Dan Sleigh brings this tale, and the astounding trade fleet system of the VOC, to vivid life.