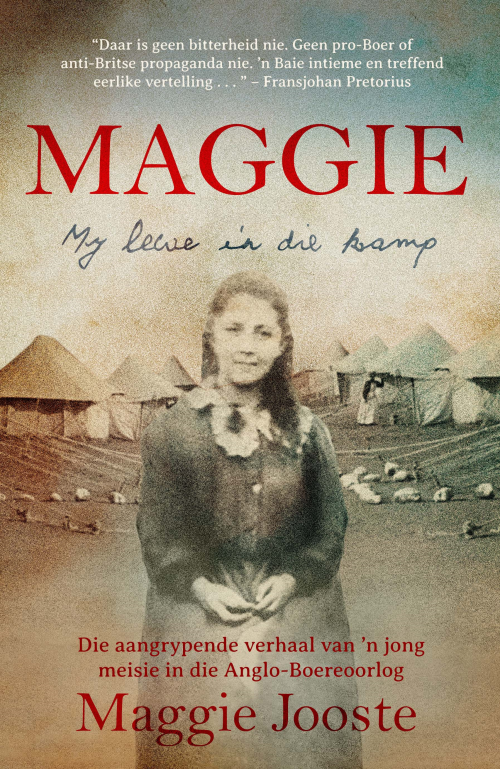 Maggie is a remarkable first-hand account of a teenage girl’s experiences during the Anglo-Boer War.

Margaretha (Maggie) Jooste was only 13 years old when the Anglo-Boer War broke out and her life was irrevocably changed. After months of house arrest in their Heidelberg (Transvaal) home, she, her mother and younger siblings were sent away to concentration camps in Natal. There they experienced hunger, deprivation and loss, but also surprising acts of kindness from British guards.

This very personal account is a story of hardships, but also one of humanity and friendships over enemy lines. A golden threat is the close bond between the Jooste family and the English-speaking Russells who lived as neighbours and friends before the war broke out. While the British soldiers and Boer commandos fought the war, the Russells secretly provided food to the Joostes to help them survive, and supported them after the war.

A poignant and deeply moving, but also heartbreaking, true story.