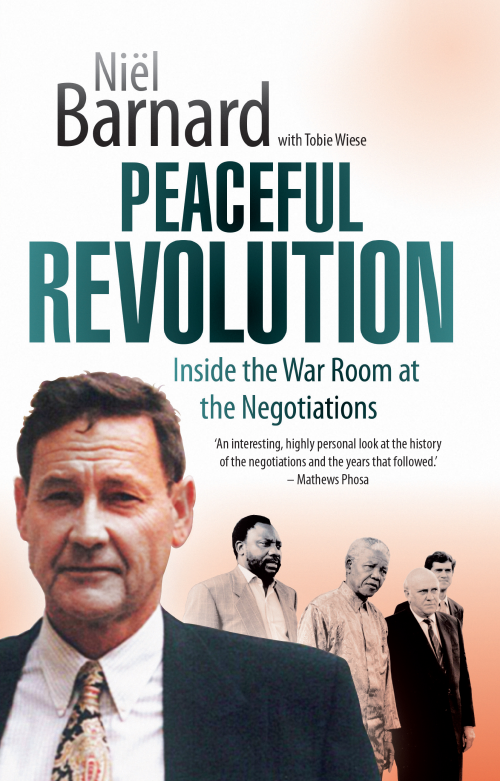 Inside the War Room at the Negotiations

It is the early 1990s and South Africa is on a knife-edge. Nelson Mandela is free at last, but a peaceful political transition looks impossible.
In the midst of all this the NP government faced the ANC at the negotiation table at Codesa. As head of National Intelligence (NI), Niël Barnard was central to this process. He also reveals intriguing details of top-secret meetings between the ANC and the NI in hotel rooms in Europe, and writes about his encounters with the Russian KGB in Moscow.