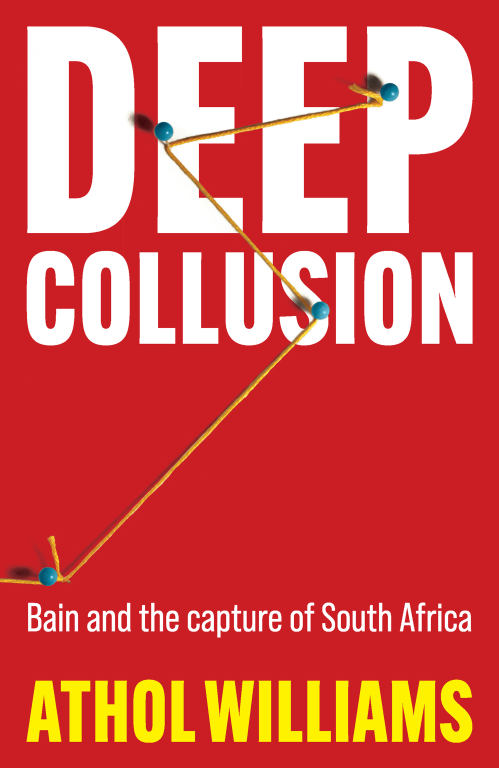 Bain and the capture of South Africa

“We make a big mistake to consider Bain simply another foreign company that extracted economic rents. I believe its involvement in bringing South Africa to its knees through state capture was much more insidious.”

When Bain & Company partner Athol Williams reported his employer in October 2019 for withholding information on their complicity in state capture, he had no idea how far-reaching Bain’s collusion had been. Who would have suspected a prestigious global management consulting firm of misusing its business expertise and lending its reputation to the most profound attack on South Africa’s democracy?

Drawing on his testimony before the Zondo Commission, Williams here reveals the full extent of what Bain did not want the public to know. Not only did Bain withhold information and witnesses from the authorities; they also attempted to buy Williams’s silence and block his Zondo testimony.

Deep Collusion uncovers the inner workings of state capture design. Williams takes the reader into the evidence that reveals the after-hours, behind-closed-doors planning meetings that took place at Zuma’s residences – who was present and what was discussed. While this book exposes greed and corporate corruption and lifts the lid on foreign profiteering and the weakening of South Africa’s public institutions, it also highlights the lonely burden of the whistleblower and the great personal cost of telling the truth in the face of overwhelming pressure.