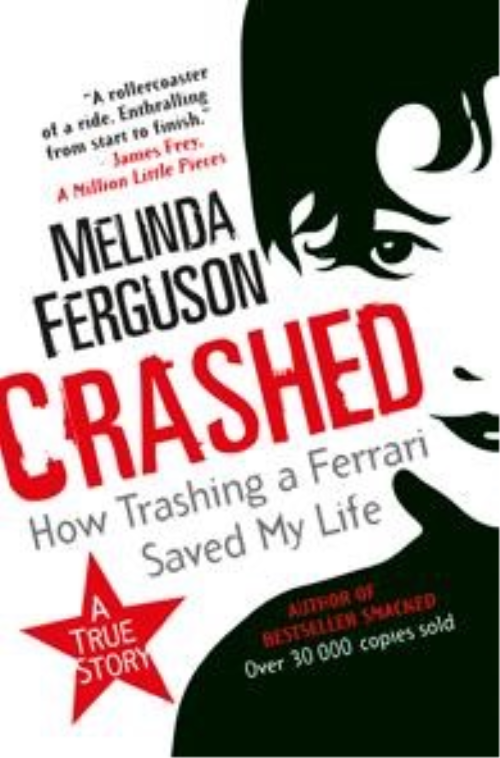 How Trashing a Ferrari Saved My Life

To celebrate her 14 year clean and sober birthday, award winning journo Melinda Ferguson takes a     brand new four seated Ferrari out to test drive for the day. Seven hours later the car lies smashed into a million little pieces, beyond recognition and repair. Crashed How Trashing a Ferrari Saved My Life takes the reader on an epic journey how Ferguson navigated her way out of a cul de sac of trauma, scandal, betrayal and near financial ruin.

"The thing was, any fool should have been able to see that I was traumatized.  Finding a Dutch Lesbian in your man's bed, writing off a R3.2 million Ferrari, hardly sleeping for a year, facing the chop at work, watching your Boyfriend who just became your ex's penis snap, plus writing a book about a murder-accused stump-legged athlete  ...hello! Who wouldn't feel a tad fucking out of control?"
In the tradition of her no-holds barred chart-busting drug memoir Smacked, Ferguson's insights into her inner and outer world, a planet addicted and obsessed with appearances and materialism, will mesmerize.