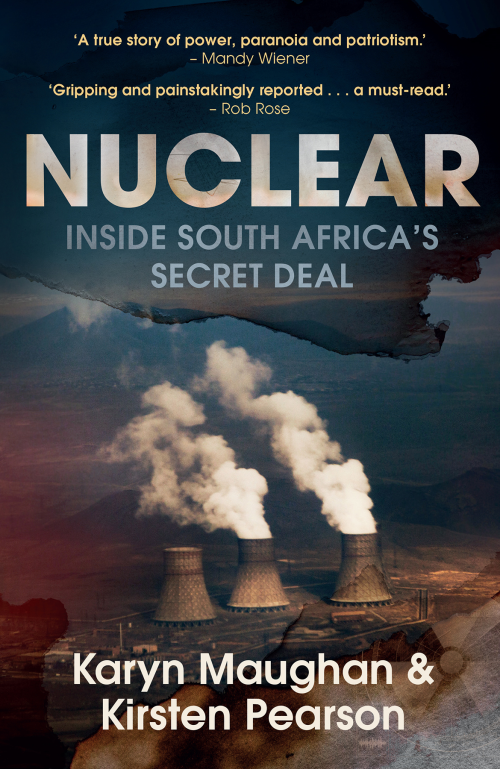 Shortly after Jacob Zuma received treatment in Moscow for alleged poisoning, he signed off on a massive, far-reaching – and unlawful – nuclear power deal with Russia. Had this deal gone through, it would have devastated the South African economy.
Award-winning investigative journalist Karyn Maughan and former National Treasury insider Kirsten Pearson reveal the full story for the first time. Through insider accounts, audio recordings and confidential minutes of Eskom board meetings, the authors piece together the Zuma administration’s secret dealings with Russia.
They uncover the extraordinary lengths it went to in trying to conclude the deal before Zuma’s time in office ran out. And they detail South Africa’s potential nuclear alliance with Russia, built on illegality, secrecy and manifest misrepresentation, as well as Zuma’s belief that President Vladimir Putin had rescued him from poisoning by American spies. Zuma’s Russian nuclear dream may have been thwarted for now, but it seems that South Africa’s nuclear ambitions are still very much alive . . .

‘Gripping and painstakingly reported . . . a must-read.’


‘A true story of power, paranoia and patriotism.’


‘A suspenseful journey into South Africa’s energy crisis and the politics which underpin it.’


‘It paints an alarming picture of what really happened.’