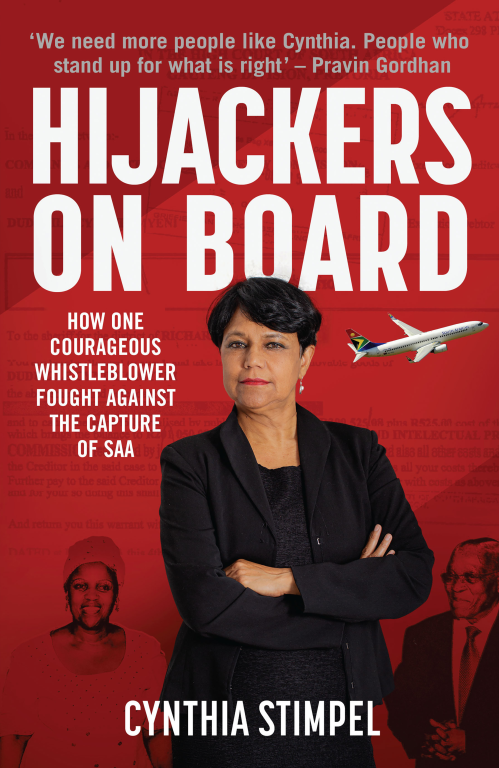 How One Courageous Whistleblower Fought Against the Capture of SAA

When Cynthia Stimpel was appointed Group Treasurer of South African Airways, she thought she had found her dream job, and that she would be at SAA for years.
While on a walking pilgrimage in France in 2016, she received word from a colleague that a dirty deal between SAA and BNP Capital had been signed off – a deal against which Cynthia had given strict orders.
Despite knowing that she might jeopardise her job and her family’s finances, Stimpel did not hesitate. She tipped off Treasury, eventually succeeding in stopping Dudu Myeni and saving the taxpayer R256 million.
Stimpel paid the price for speaking up: she lost her job, her income and her reputation. Yet the battle against Myeni and her fellow state capturers at SAA was far from over. She knew she would still have to face Myeni in court and testify against her at the Zondo Commission.
Hijackers on Board is a very personal state capture story that shows how the bravery of one individual can change the course of history.