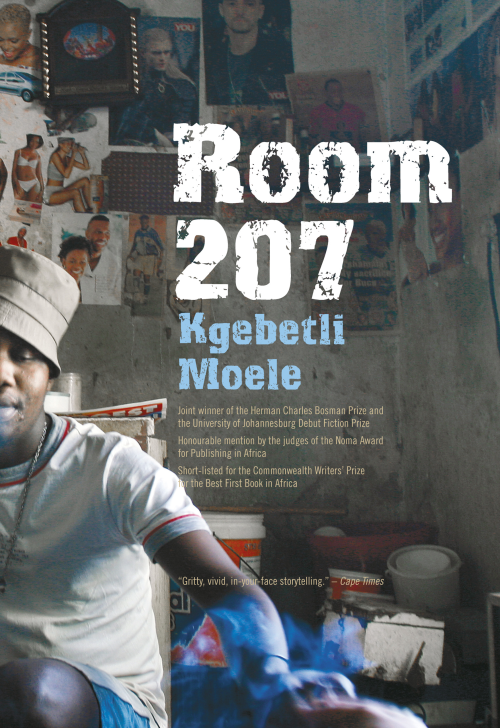 University of Johannesburg debut award for South African creative writing in English (2007) Herman Charles Bosman prize (2007) Raw, beautiful prose exposes a world in which humour and despair exist in equal measures, a world where the need to succeed, to strike it rich, brings out the best and the worst of human nature. Room 207 takes the reader to a Johannesburg that is the very heart of South Africa, to a room in which six young men struggle to make their dreams come true in the “dream city”. For more than ten years, they have lived in Room 207 of a dilapidated block of flats in Hillbrow. By day, they are hustlers – they hustle production companies, they have their own music company, they survive. At night, they party. Room 207 paints a vivid, engrossing picture of their lives and their sense of hopelessness of having to compromise their lives. They are artists, these men, but have to make a living. Otherwise, fate would call them back home – not driving their own BMW, but leaving the way they arrived: in a taxi, with empty pockets, and nothing to show for their years in Johannesburg.