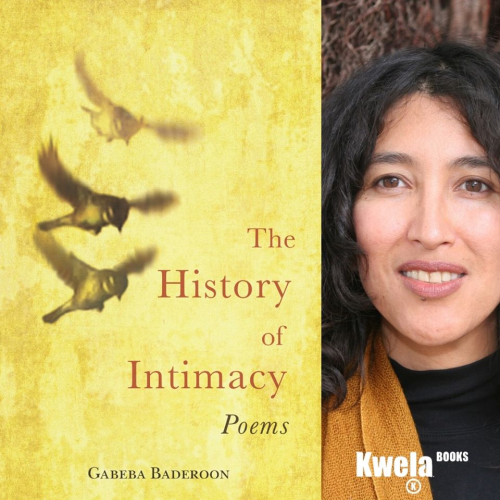 Gabeba Baderoon wins 2019 UJ Prize! The winners of the University of Johannesburg Prizes for South African Writing in English have been announced, with Gabeba Baderoon winning the main prize for The History of Intimacy (Kwela, 2018).

Earlier this year Baderoon also received the Elisabeth Eybers Prize for Afrikaans and English poetry for this same title.

Unlike most literary awards, the UJ Prizes are not linked to a specific genre, as, according to the organisers, the idea is to ‘open the prize to as many forms of creative writing as possible’.