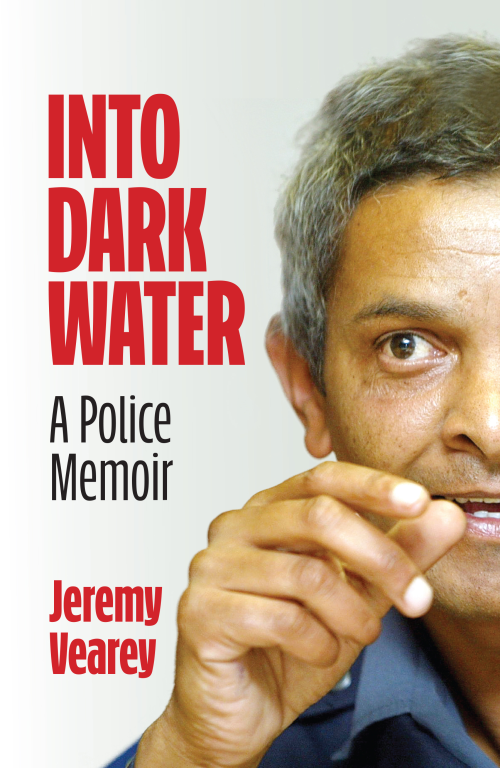 Jeremy Vearey, ex-MK cadre and bodyguard to Madiba, is the deputy provincial commissioner of the Western Cape SAPS. With this memoir he paints a wide-angle portrait of policing, crime and politics in the Western Cape. Despite its frequent humour, a ‘dark stream’ runs beneath the text: the price that the author has paid for following his calling.
Into Dark Water is an intimate account of what it means when a revolutionary and freedom fighter becomes a high-ranking actor in state security, law and order.

'A tour de force. This warts-and-all, often satirical look at the author’s thirty-plus years as a police officer and top investigator is a riveting account of policing from one of our own sons.  I loved it.' -- Irwin Kinnes, criminologist

'Vividly portrays the parallel journeys of an individual, a country, and a police service – from freedom fighter to fatherhood; from apartheid to democracy; and from brotherhood to frequent backstabbing. Into Dark Water is a gripping account of navigating a world of turncoats, secrets and murder, while retaining a sharp sense of humour, and fighting to retain a sense of self … Enthralling.' --  Caryn Dolley, journalist and author