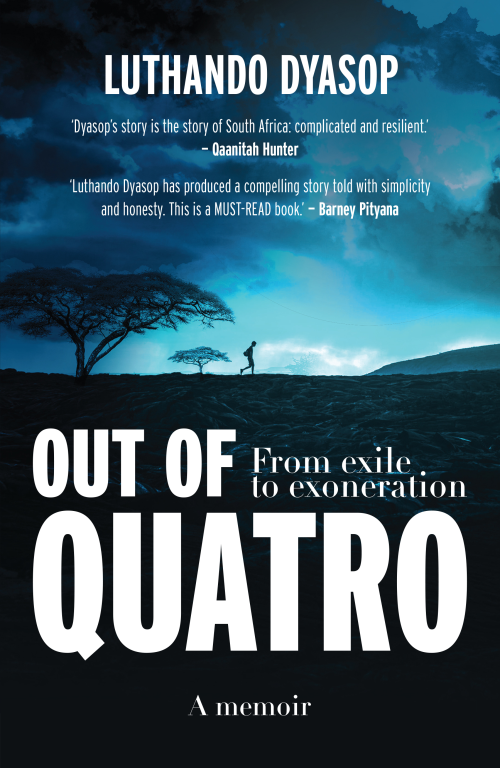 From exile to exoneration

Luthando Dyasop’s memoir starts with an account of his young life as a black artist in apartheid South Africa. He eventually joins uMkhonto we Sizwe, the banned ANC’s military wing.
Soon he falls out of favour with the powers that be and is sent to the Quatro detention centre. After years torture, he is eventually released, when he begins his battle for vindication.
Out of Quatro is a story not only about Dyasop’s extraordinary life, but also about a tumultuous time in ANC history.