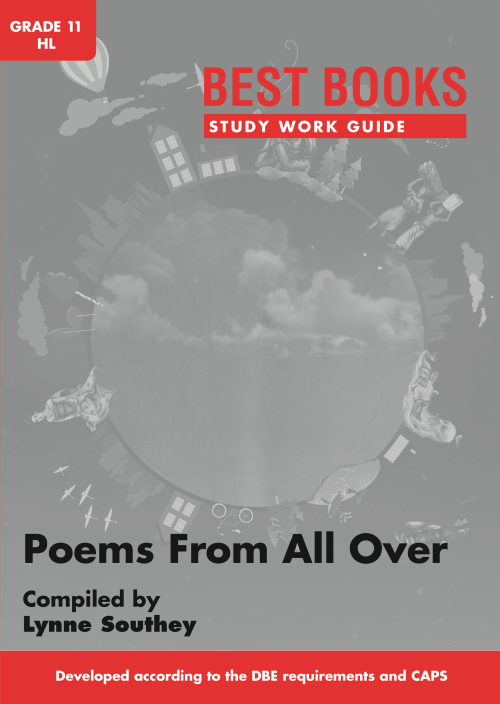 Study Work Guide: Poems From All Over Grade 11 Home Language

The memorandum is available to download here:
Best Books Study Work Guide Poems From All Over memoranda


Best Books Study Work Guide: Poems From All Over has been compiled to help learners grasp each poem in Poems From All Over, the prescribed poetry anthology for Grade 11 Home Language (Oxford University Press). The guide has been compiled to the requirements of the Curriculum and Assessment Policy Statement (CAPS) and all important aspects relating to each poem have been covered – in accessible language. This is a workbook in which each poem is discussed and in which learners can answer contextual questions to provide revision for exams and tests.

Poems covered in this workbook:

New All-In-One Grade R Graded Reading Series: Level 7 Reader 1: What is it made of?